← more from
avilastreetrecords
Get fresh music recommendations delivered to your inbox every Friday.
We've updated our Terms of Use. You can review the changes here. 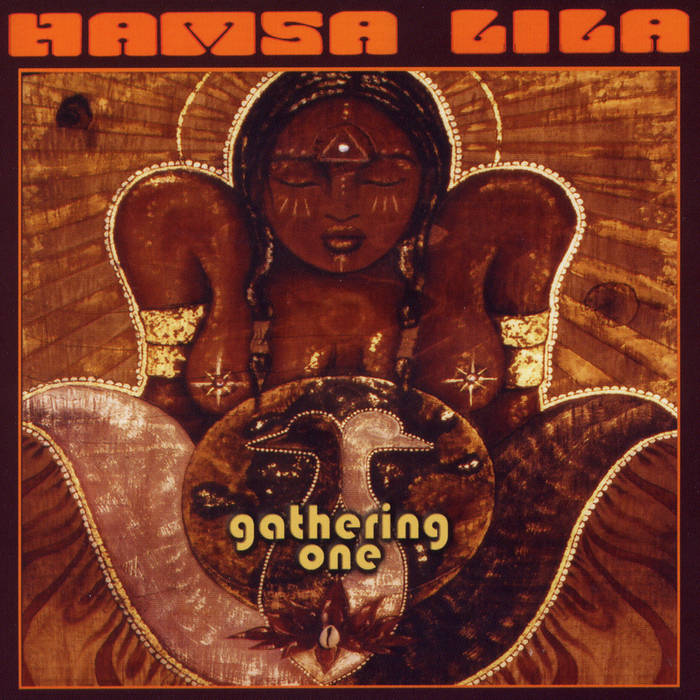 The bottom pulse of Hamsa Lila comes from the Gnawa bass-like lute called a ’sintir’, played by Vir McCoy. This goat-gut stringed, camel-skinned ‘bass’ has a deep punchy tone delivery that helps give Hamsa Lila it’s unique sound. When the repetition of the trance melody is added to this equation by another Moroccan goat-gut stringed, goat-skinned lute called a ‘guimbri’, played by Brett “Beryl” Jacobson, the group produces a sound that is wholly their own: a potent healing salve of electro-organic roots, hypno-grooves, and other-worldly melodies. When punctuated with the multi-instrumental talents of Evan Fraser on flutes, synths, Ngoni, kalimbas, jawharps, and percussion, Hamsa Lila rounds out to be a tidal wave of Divine Sounds and rhythms that take crowds on a magic carpet ride of a lifetime.

In 2004 they released “Gathering One” which bowled over fans and critics alike, and climbed to a #2 slot on CMJ’s World Music national chart, and landed them headlining slots on main stages throughout the West Coast festival scene from Mexico to Canada and everywhere in between (i.e. Earthdance, Sierra Nevada, High Sierra, Harmony, Horning’s Hideout, Power to the Peaceful, etc.). During the next few years Hamsa Lila’s blend of traditional influences with modern expressions brought them further into the arena of ‘historic’ bands within the world fusion set, going from raucous to delicate in a single song – while never letting the groove leave the room!

Bandcamp Daily  your guide to the world of Bandcamp

Frayle's Gwyn Strang and Sean Bilovecky join the show to talk about their cathartic new album.